Saving the planet, one death ray at a time
Flappy

A semi-usable emulator of the Commodore 64 computer system. Is not exactly accurate, and fails to run numerous games. Has a few problems with the CIA and the keyboard emulation. Does not handle disk-drives yet (except for very simple loading of files). No sound.

Still many things to do (the CIA implementation is very poor for one). No sound yet.

The following is from one of the greatest games ever written - Fish In Space (included with Flappy). 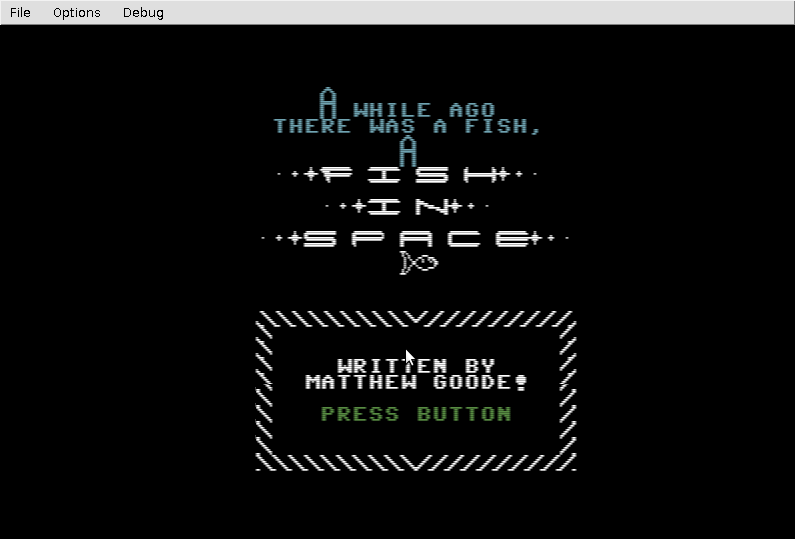